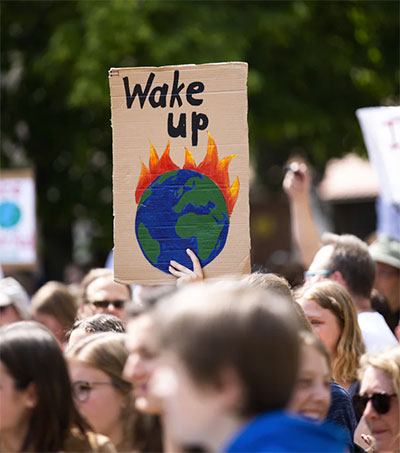 New Zealand has passed a law to reduce its emissions in a bid to become mostly carbon neutral by 2050, Britain’s Independent newspaper reports.

The zero-carbon bill aims to tackle climate change by setting a net-zero target for almost all greenhouse gas emissions by 2050.

Methane from animals will carry more lax requirements, which allows some leeway to farmers who bring in much of the country’s foreign income, the Independent reports.

Prime Minister Jacinda Ardern said she sometimes despairs at the pace at which other countries are making changes to fight global warming and vowed that New Zealand would be a leader.

“We’re here because our world is warming. Undeniably it is warming,” Ardern said. “And so therefore the question for all of us is what side of history will we choose to sit on.”

Net zero, the new goal for most greenhouse gases, is where the amount of emissions produced is equivalent to the amount absorbed by the atmosphere.

Methane emissions would be reduced by 10 per cent by 2030 and by between about a quarter and a half by 2050 under the bill.

The New Zealand government has also promised to plant a billion trees over 10 years and ensure the electricity grid runs entirely from renewable energy by 2035.

The bill establishes a Climate Change Commission which will advise the government on how to reach its targets.

The law was spearheaded by the liberal government but in the end was supported by the main conservative opposition party, which nevertheless promised changes if it wins the next election.