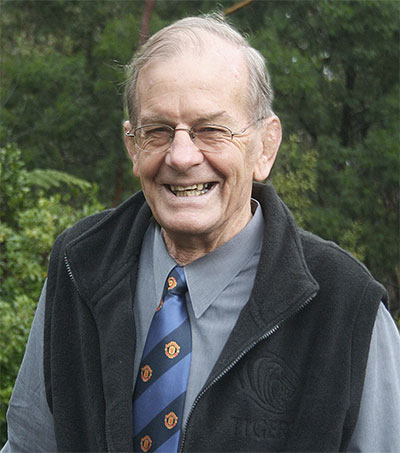 Sir John Graham, widely known as DJ, has died at the age of 82. Graham was a former All Blacks captain, a respected educator and staunch opponent of apartheid.

Graham represented New Zealand 53 times, including 22 Test matches between 1958 and 1964. He captained his country on 10 occasions.

After retiring from playing he returned to his former calling in life and went on to become headmaster at Auckland Grammar School, a post he would hold for 21 years. In 1994, he received a CBE for services to education and the community.

He also had a spell as manager of the New Zealand cricket team – during which time he oversaw the team’s first Test wins over England at Lord’s and The Oval – and later became president of New Zealand Rugby.

Graham was also known for his anti-apartheid views and expressed his uneasiness at touring South Africa with the All Blacks in 1960. When South Africa played in New Zealand in 1981, Graham declined to attend matches.

He was named New Zealander of the Year in 1999.

“DJ was a great all-round New Zealander,” New Zealand Rugby chief executive Steve Tew said. “From his exploits on the rugby field to those in the classroom he was simply exceptional.

“His commitment to all aspects of the game and New Zealand society is legendary. He was a player, coach and administrator of rugby and also managed the New Zealand cricket team. Equal to his sporting achievements was his academic contribution driven by a lifelong commitment to the transformative power of education.

“He was an early member of the Rugby Foundation which looks after severely injured players. His ongoing dedication to those players speaks volumes of the kind of man he was.

“DJ was a person I feel extremely privileged to have met. He was a leader in every endeavour he turned to, and his long list of honours and achievements are testaments to his exceptional character.”

A trained teacher, Graham made arguably his biggest impact on New Zealand’s sporting landscape as the headmaster of Auckland Grammar for 20 years from 1973, Reuters reported.

The school has a strong academic and sports pedigree particularly in rugby, having produced 49 All Blacks representatives – the most by a single school.

Graham was a mentor for a generation of teachers and sports coaches at the school, who included 2011 World Cup-winning coach Graham Henry, who taught there from 1973 to 1982.

“I learned a lot from DJ,” Henry told the news agency. “I found him to be a quality leader with an innate ability to develop other people.”