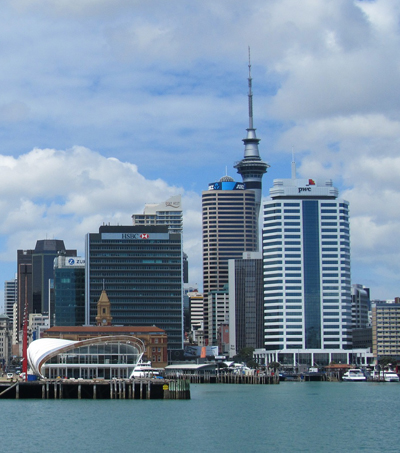 New Zealand has made the biggest leap of any country – up seven spots to 16th – in this year’s A.T. Kearney Foreign Direct Investment Confidence Index (FDI). The USA topped the FDI for the sixth year in a row,” according to the A.T. Kearney research report drafted by Courtney Rickert McCaffrey, Paul A. Laudicina, and Erik R. Peterson.

“Investors are largely positive about New Zealand’s economic outlook over the next three years” and the International Monetary Fund “projects that the economy will grow by 2.9 percent in 2018 and 2019.”

“According to New Zealand Trade and Enterprise, inward FDI totalled around $2.3 billion in 2016—up dramatically from the previous year, when the country witnessed net negative foreign investment,” according to the report.

“New Zealand’s attractiveness likely results from its strong performance on regulatory transparency and lack of corruption, the top factor that investors consider when choosing where to invest.”

“New Zealand will soon ratify the CPTPP, which will expand its economic relations with countries that account for 65 percent of FDI stock in the country, according to the Ministry of Foreign Affairs and Trade.”

The survey results also suggest that the trend of growing investment from Asian countries will continue, “as investors in the Asia Pacific region rank New Zealand at ninth place for a likely investment destination.”

“Nonetheless, Australia, the United States, and the United Kingdom remain the largest sources of FDI in New Zealand, with Australia alone accounting for about 53 percent of FDI stock in the country as of December 2016,” according to the report.

Other key findings of the report include the fact that developed markets reassert their dominance as FDI destinations. “The top five countries on the Index have not changed in the past three years, but their relative positions have shifted.”

“The Asia Pacific region attracted more FDI inflows than any other region in 2017, with investors maintaining strong interest.” Performance of Japan, Australia, South Korea, and New Zealand either improved their position or held steady in the rankings, as outlined in the report.

“Emerging market powerhouses China and India fell in the rankings, but still remain the highest-ranking emerging markets on the Index.” “Singapore is the only Southeast Asian economy to rank among the top 25 this year.”