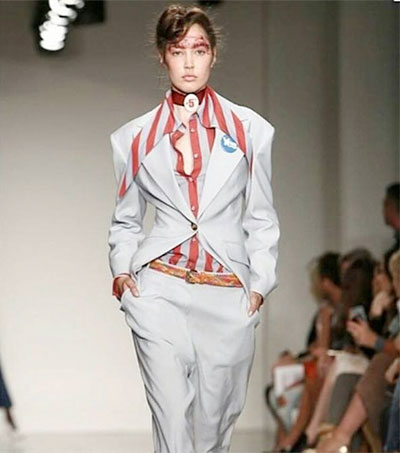 The 16-year-old was the first model to take the runway at the show for the veteran British fashion designer, who has never shied away from controversy.

Andrea Plowright, the owner of Bristowe’s agency, 62 Models and Talent, said it was the first time in her 12 years with the company that a model from the agency had walked in a London Fashion Week show, let alone opened one.

She said Bristowe had competed against models from all over Europe.

“She was so excited she couldn’t breathe when she told her mum,” Plowright said.

This week, Bristowe will be in France for Paris Fashion Week.