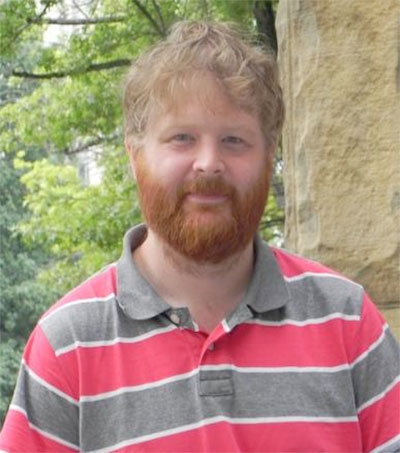 Pittsburgh locals ask Neil Newton about two things when they learn he is from New Zealand: The Lord of the Rings and HBO’s Flight of the Conchords, two things that he has nothing to do with, he points out.

New Zealand, at least as far as J.R.R. Tolkien’s fans are concerned, is the home of Middle-earth.

From Newton’s perspective, New Zealand is in the middle, but in a different sense. As a culture, it is located somewhere between England and America, quite similar to both and maybe similar to Canada in a lot of ways, he says.

Neil came to Pittsburgh in January 2013 after living in the UK for three years. He teaches music theory at the University of Pittsburgh.

“In England, though, people tend to think New Zealanders are boring, and I think it’s predominantly because we do not like going to the pub as much as they do,” he laughs.

Newton has taught at the New Zealand School of Music and the University of Manchester in England.