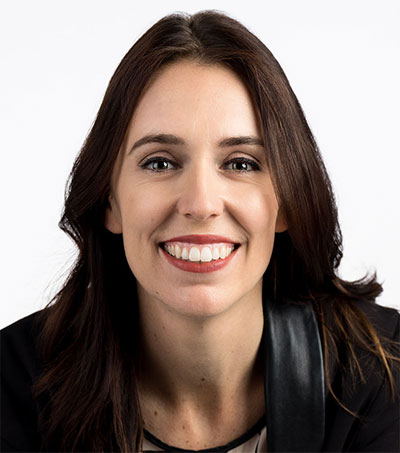 This has been a year dominated by women speaking out and fighting back. The Financial Times spotlight those who have made waves this year, from prime ministers (including New Zealander Jacinda Ardern) to World Cup winners, novelists to warriors in the war against discrimination.

In a piece for the Times, Ardern, 37, discusses the need for more women in politics.

“In 1 August 2017, I became the New Zealand Labour party’s second female leader,” Ardern writes. “A few months later, and I was the third woman to have had the privilege of being prime minister. The short time frame between these two events was always likely to cause some interest. But the day when a female leader becomes so commonplace that it doesn’t merit comment – that will be the day when everything really will have changed.

“We can all name a role model, a woman who has forged a path. But we can never assume that a path that is cleared remains that way – that everything from this point becomes automatically easier for those that follow. I’m one of only 12 women who are current heads of government. That’s fewer than 7 per cent of all world leaders.

“Only about 23 per cent of national parliamentarians are women. We must have stronger female representation to drive solutions to those issues that are having a dramatic and devastating impact on people, particularly millions of young girls and women. I’m talking about poverty, lack of education, reproductive health, gender equality, pay equity, violence and climate change, to name just some.

“Stronger empowerment of women in the democratic process and government is vital. It is not good enough to simply be heard. Women must be at the decision-making table in good numbers.

“My hope for 2018 is that across the world we continue to make progress, so that all women and young girls can learn, prosper and grow, and live with dignity, equality and basic human rights. But hope alone isn’t acceptable or any answer, nor is carving a path that is left to grow over. There is no room for complacency. I feel a huge sense of responsibility for that, not only at home in New Zealand but as a female leader in the world today.”