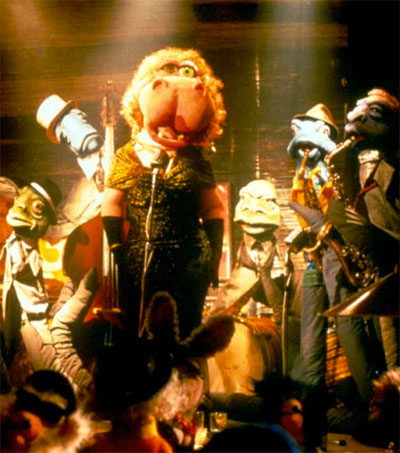 Meet the Feebles Had No Taste at All

New Zealand filmmaker Peter Jackson has gained the reputation of being a genuine class act, thanks to films like Heavenly Creatures, the Lord of the Rings trilogy, and his remake of King Kong. But Jackson began his career occupying decidedly schlockier territory with the terrific low budget horror films Bad Taste, Dead Alive and his berserk 1989 Muppets parody Meet the Feebles, which was the subject a recent critical assessment from director Joe Dante’s website, Trailers from Hell.

“This is a parody of a behind-the-scenes of a Muppet-like variety show,” says filmmaker Mike Mendez (Big Ass Spider!, Don’t Kill It) in his commentary.

“Heidi the Hippo is the star of the long-running troupe, who has her heart broken when she realises that her boyfriend and show producer Bletch, a large walrus, is secretly having an affair with his secretary who is a tiny pussycat. Having trouble picturing that? No worries! Jackson is here to show you very graphically what that looks like. The protagonist of the film is a starstruck hedgehog named Robert who is new to the troupe. It is through his eyes that we see the backstage debauchery that is plaguing the Feebles variety troupe. Drug abuse, pornography, STDs, flatulence and loads of inter-species sex – nothing is too taboo for this whacked-out group of theatre performers.”

Meet the Feebles had its public premiere at a fantasy film festival in Hamburg 1990.

In 2002, American film critic James Berardinelli said: “The stories of these … characters are told in a disgustingly graphic, obscenely offbeat, and caustically funny manner. Meet the Feebles is for those with a strong stomach and a seriously warped sense of humour. The film is so off the beaten track that it makes Monty Python seem mainstream.”