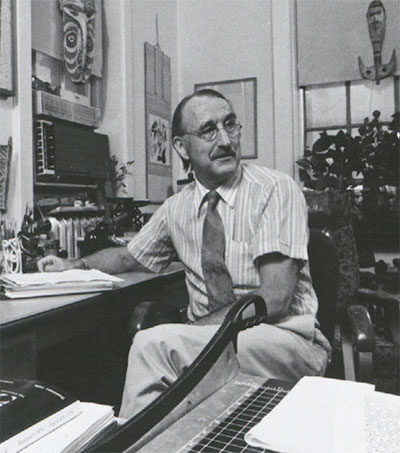 Money, who was based in the United States and died in Maryland in 2006, has had a singular influence on the diagnosis and treatment of (to use Money’s terms) “hermaphroditism,” “transsexualism,” and “paraphilia.”

The reception of his more than five hundred articles and over forty books, as well as hundreds of neologisms including “gender” itself, has been both exceptionally significant and strikingly uneven. Whereas “gender” is now a ubiquitous, everyday term in the English-speaking world, and “lovemap” has entered the lexicon of popular psychology, some of his more outlandish coinages, concepts, and recommendations have entered neither popular nor medical currency.

Money’s widespread yet disparate uptake is explained partly by the fact that his stylistically bizarre texts were aimed at multiple audiences, most often physicians, psychiatrists, and sexologists, but sometimes anthropologists, historians, psychoanalysts, and lay readers.

“We approach Money’s texts from outside the disciplines in which he wrote, and from a range of perspectives, in order precisely to evaluate them from the multiple and intersecting viewpoints of history, critical and ethical theory, gender/sexuality studies, and textual analysis.”

Money was discredited for his manipulation of Canadian David Reimer who, as a baby, after a botched circumcision, he underwent an operation to change him from boy to girl in the famous/infamous nature/nurture experiment.