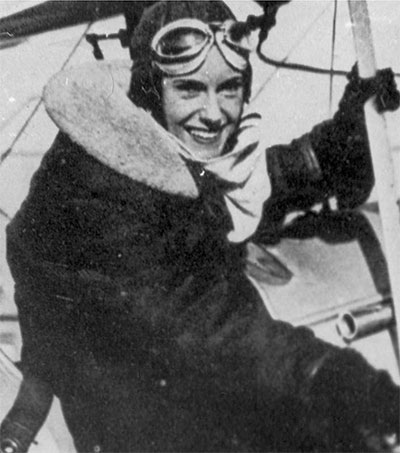 Everything to Do with Jean Batten Is Gendered

New Zealander Jean Batten was the most celebrated aviatrix of the 1930s. Nicknamed the “Garbo of the Skies” for her movie-star glamour, she appeared on newspaper front pages the world over, and drew adoring crowds wherever she went. But how the legacy of Batten, the world’s foremost pioneering pilot, was muddied by the fact she was a woman according to commentators.

She deserved the accolades: In 1935, she shared the Harmon International Trophy for “the most outstanding flight by a woman” with Amelia Earhart, then clinched it twice more in 1936 and 1937. She smashed Amy Johnson’s record of flying from England to Australia by four days.

If Batten were a man, her place in the nation’s heritage would be remembered completely differently, professor of history at the University of Canterbury says Katie Pickles. Because “everything to do with Jean Batten is gendered”.

Commercial pilot Elizabeth Hogarth, secretary of the New Zealand Association of Women in Aviation, says Batten has been part of her psyche since she took a signed copy off her autobiography Alone in the Skies off her grandfather’s bookshelf and read it as a 10-year-old. To Hogarth, being a loner, or at least used to solitude, is a requirement of flying. “As a pilot you have to be comfortable in your own skin,” Hogarth says.

The aviation industry today is still a male-dominated profession, but female pilots tend to stand out – in a good way, Hogarth says. “The way women set standards are different. They have aspirations, but we don’t have ego like men do. We’re more careful. More considered. More safe.”

Batten was a meticulous planner and Hogarth says she hesitates to call luck the reason that Batten survived her flying career when so many of her contemporaries didn’t. She did crash – like when she ran out of fuel on the outskirts of Rome, or the time she had engine failure in a sandstorm above Karachi. She always managed to get herself out of danger.

Today, Batten’s enormous achievements feel overshadowed by a sense of what traditional notions of femininity she didn’t “achieve”. What could be more damaging to a heroine’s legacy than the thought of an old spinster dying alone? Her name remains in New Zealand – if you look for it – on street signs and at museums. Auckland International Airport is called the Jean Batten Terminal.

“It’s like the mainstream media today,” Hogarth says. “If you’re a woman, it’s not about your achievements or being a good actress, or what you’ve done in politics, it’s about what you look like and what you wear. She was at the forefront of all that.”