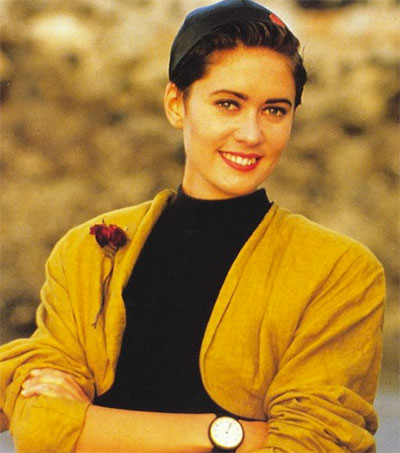 Auckland-born Margaret Urlich, an Aria award-winning singer and one of New Zealand’s most successful musicians, has died at her home in New South Wales’ Southern Highlands, aged 57. Michael Sun of The Guardian looks back on her life.

The singer began her career in 1985, fronting the new wave outfit Peking Man, before joining the all-female pop group When The Cat’s Away. Their single Melting Pot became a hit, going to No 1 on the New Zealand charts, Sun writes.

“Margaret was a true and rare talent,” bandmate Dianne Swann from When The Cat’s Away told Stuff. “She lit up any room, and if you were on stage with her you had to lift your game.”

The band was inducted into the New Zealand Music Hall of Fame in December 2021.

She is remembered by her cousin, fellow musician Peter Urlich, as a trailblazer.

“She had a level of sophistication that marked her out,” he said. “Marg was super stylish, she oozed confidence but underneath, she was a female who had to overcome her shyness to try to make it in a male-dominated industry. And she did.”

Tags: Guardian (The)  Margaret Urlich  Peking Man  When The Cat’s Away