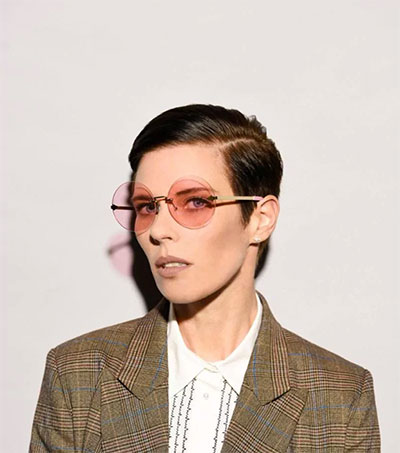 New Zealand fashion designer Karen Walker tells the Telegraph that luxury is no longer about how rare your handbag is, how big your yacht is or how hand-made your watch is.

“It’s about how special you’ve been made to feel,” Walker explains. “This can be created by the smallest, simplest of things: having your name remembered, being offered a cup of tea, being given time. The times I feel true luxury are when I’m made to feel special and valued.

“I wear my own designs 90 per cent of the time but I like to have sitting alongside them functional and beautifully crafted pieces that are the best examples of their kind, for instance, my Burberry trench coat, my Saint James Breton, my Hermès Carrés silk scarves.

“I recently inherited my great-grandmother’s gold pocket watch which I wear on a chain around my neck and it’s my ‘what would I save if the house was on fire’ piece.”

Walker says that her dream home would be on a cliff top at Te Henga (Bethells Beach) on Auckland’s west coast.

“[My necessary luxury would be] the occasional moment of solitude,” she says. “[And the single thing that would make my existence more luxurious would be] a month without anyone emailing me.”

According to her website, Alexa Chung, Lorde, Rihanna, Gigi Hadid, Florence Welch and Lena Dunham “count themselves amongst the formidable roster of celebrity fans.”