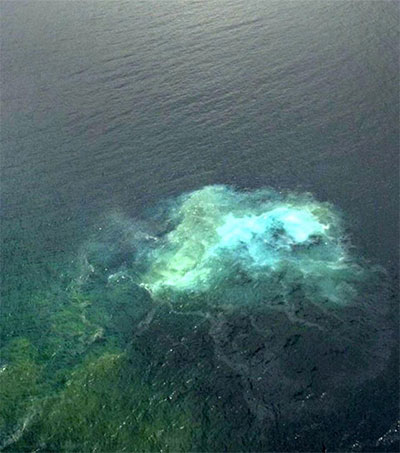 Named as Havre, the deep ocean volcanic eruption was first discovered in 2002. A solidified volcanic rock known as pumice raft – 400 km2 in size – found floating in the ocean near New Zealand in 2012 showed that underwater eruption had occurred.

“When this rock was produced by the volcano, it rose through the water column onto the sea surfaced and then it was dispersed by wind and sea currents,” lead author Rebecca Carey, volcanologist at the University of Tasmania, said.

“We knew it was a large scale eruption, approximately equivalent to the biggest eruption we’ve seen on land in the 20th century,” Carey added.

For the study, the team successfully mapped the remote location with submersible vehicles including a remotely operated vehicle and an automated underwater vehicle to make high-resolution topographic maps of the sea floor.

With more than 80 per cent of the world’s volcanoes located underwater, scientists like Carey believe it’s vital to learn more about them.

“Volcanoes provide heat and chemicals to the ocean and that input is actually really important when it comes to sustaining life,” she said.

“Havre is a cornerstone eruptive event because for the first time we are able to constrain exactly what happened, where it happened, at what depth, how much and how fast it erupted.”

The study, the largest deep ocean silicic volcanic eruption of the past century, was published online in Science Advances.