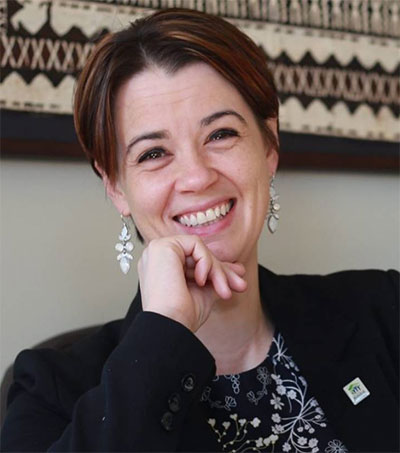 “The 41-year-old politician has an unusual life story. Her father arrived in New Zealand as a refugee after the 1956 Hungarian Revolution when the country accepted 1100 Hungarian refugees. She grew up in Papakura and describes herself a Hungarian-Kiwi,” Lázár writes.

“After receiving a degree in music in Auckland she moved to Hungary to teach English. Next stop was Dublin’s Trinity College where she received a degree in education management and continued working as a language teacher. After returning to New Zealand she joined English Language Partners a community-based, not-profit organization that offers English courses to migrants and refugees from non-English speaking backgrounds. She frequently talks about her father’s refugee experience.

“In the last couple of years she was the chief executive of Habitat for Humanity, a non-profit organisation which builds shelters for people with low incomes.”