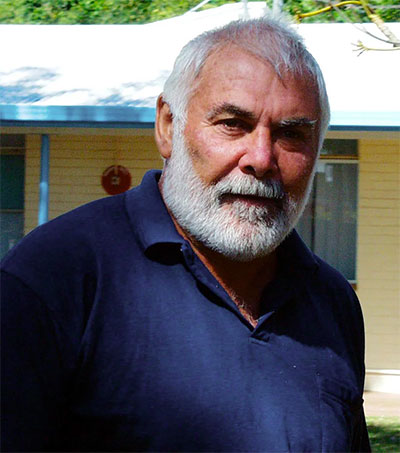 Keith Murdoch a Giant Who Never Made It Home

Keith Murdoch, who has died in Australia, aged 74, played just three Tests for the All Blacks, but his name was etched in New Zealand rugby folklore after he became a recluse in the Australian outback following a scandal that ended his career.

Dunedin-born Murdoch weighed 110kg and his 1.2-metre barrel chest was so large the All Blacks’ tailor had to sew panels of extra material in his shirts.

The combination of brawn and snarling attitude was topped off by a Zapata moustache that made Murdoch look like a cartoon villain.

Yet he had every reason to be in a glorious mood after scoring the match-winning try in the All Blacks’ 19-16 victory over Wales at Cardiff Arms Park on 2 December 1972. The hulking prop was the only All Black ever sent home from a tour in disgrace, after a bar brawl that night.

Rather than face the wrath of the New Zealand sporting public, Murdoch hopped off his flight in Singapore, caught a plane to Darwin in Australia’s Northern Territory and went walkabout for the rest of his life.

“No All Black has been more controversial, more enigmatic and more tragic,” New Zealand Rugby’s official website says in its profile of him.

It was a vanishing act unprecedented in New Zealand, a small nation where All Blacks past and present are feted by adoring fans.

Over the years, he became something of an obsession for reporters eager for a scoop about the infamous All Black who went walkabout.

Rugby writer Terry McLean tracked him down at an oil-drilling site near Perth in 1977 only to have a spanner-wielding Murdoch growl “get back on the bus”.

“I got back on the bus,” McLean wrote.

His former teammates, including ex-All Black captain Ian Kirkpatrick, believe Murdoch was harshly treated and have expressed regret they did not threaten to leave the tour in solidarity with him.

He never accepted invitations to join them for reunions, but Murdoch was not forgotten by the All Blacks.

To this day, whenever they play in Cardiff, a delegation of players visits the Angel Hotel and raises a glass to the memory of the giant who never made it home.