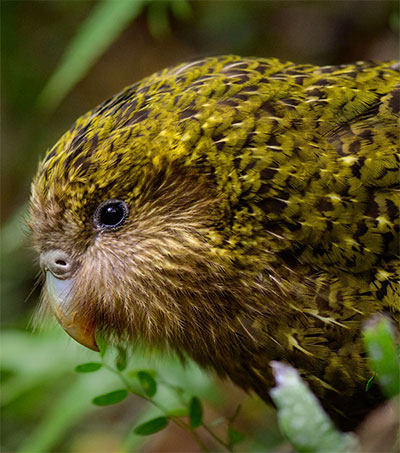 The esteemed kākāpō has soared past its competition to claim victory in New Zealand’s Bird of the Year contest, a tense race marked by attempted voter interference during a divisive month of campaigning, Jennifer Hassan reports for The Washington Post.

In what event organisers conceded was “a stunning upset,” the critically endangered kākāpō flew into first place to steal the title – ruffling the feathers of those who say the bright-green parrot unfairly secured a second term as chosen bird, Hassan writes.

More than 55,000 votes were cast in the contest that anointed the kākāpō the country’s top bird – the largest turnout to date.

Also known as the “mighty moss chicken,” the nocturnal kākāpō is the only parrot in the world that is unable to fly, despite having soft wings that it uses to balance.

The kākāpō’s supporters celebrated the win, with Andrew Digby, a conservation biologist who works to protect the endangered birds, tweeting (of course) that it was great for the world to witness the pudgy parrot “bounce back in style,” while also highlighting recent efforts to increase breeding among the birds, who are notoriously slow at reproducing.