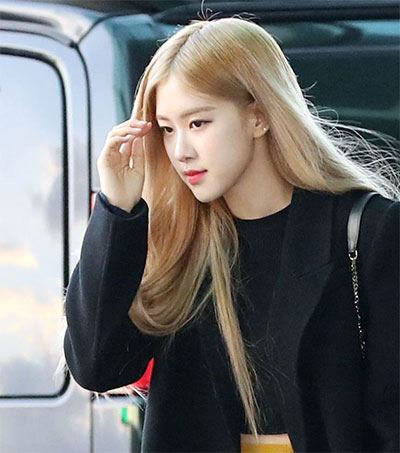 BLACKPINK Rosé’s special cover of Halsey’s “Eyes Closed”, accrued almost 5.4 million views in just two days. The Auckland-born vocalist, 22, said the clip was meant for her fans and thanked them for “spoiling” her with love.

The two minute, 27-second clip is available on YouTube and the four-piece K-pop girl band’s official Facebook page. It was released on the star’s birthday, leading many to assume it was Rosé’s birthday present for fans.

She posted the song on her Instagram the same day and it has received over 2.3 million “likes”.

She said she sang the song at the band’s Japan concert last year and it has been “one of her favourites for a very long time”.

Rosé said the original “Eyes Closed”, released in 2017, is “such a deep song” and “I remember at the time when I recorded it I was needing some of the healing that this song brings to me.”

BLACKPINK debuted on American TV on The Late Show with Stephen Colbert, which was recorded at the Ed Sullivan Theater in Manhattan.

Rosé’s birth name is Roseanne Park and her Korean name is Park Chaeyoung.