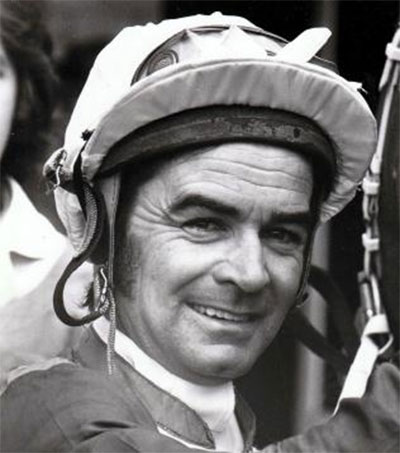 Andrews forged a successful career as a jockey in the 1960s and ‘70s, before moving to Melbourne and then Connewarre to work as a racing steward, both in the thoroughbred and harness racing industries.

In 1966, Andrews’ earliest major success came in the Wellington Cup where he steered Red Crest to victory.

But it was in the 1970-71 season where he stamped his class, becoming just the fourth Kiwi hoop to notch more than 100 wins, prevailing in 102 races to win the New Zealand jockeys’ premiership.

“In those days that was a big feat,” daughter Fiona Moore said.

Andrews made several successful trips to Australia, including in 1973 when he partnered with New Zealand owner-trainer Ian Malcolm to take out the Caulfield Cup on a bog track aboard Swell Time.

Following retirement, he took up a career as a racing steward, first in the thoroughbred game before joining Harness Racing Victoria.

“He had a pretty amazing career in the racing industry,” Moore said.

Unlike many who are born into racing, it wasn’t until Andrews was given a pony at the age of 10 until he discovered riding.

“There was a very good family friend that saw he had great balance and great talent for riding so he took him under his wing and got Dad an apprenticeship when he was 14 or so, and it just went from there,” Moore said.

“He had a lot of successes in New Zealand as an apprentice and as a [senior] jockey.”