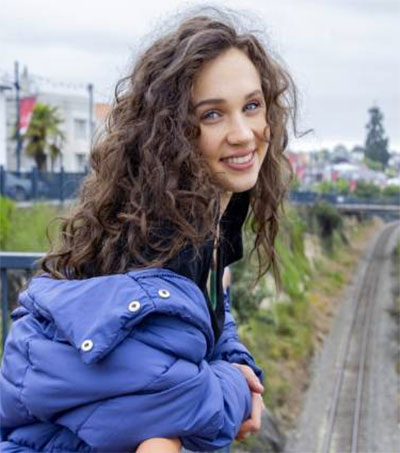 In February, James will travel to Los Angeles where, along with 15 self-funded students from throughout the world, she will participate in the Hollywood Acting Immersive​ Programme.

The programme comprises of acting classes, meeting talent scouts, and networking for seven days and James was chosen from a pool of almost 14,000 applicants to attend the all-expenses paid acting programme.

James said it was a “shock” to find out she won.

“I was actually asleep when I got the call,” she said.

The classes will take place at the renowned Beverley Hills Playhouse Acting School, which George Clooney and Kate Hudson, amongst others, trained at.

“It’s the place to train in Hollywood.”

James has acted in many musicals, and attended workshops in Europe, and is looking forward to “being around people who are like me”.

Hollywood Immersive​ founder and director, former casting director, Lily Dawson, a fellow New Zealander from the Bay of Islands, said New Zealanders have made the finals in the acting competition, which is seven years old, but none have won.

“Jilly has got incredible presence, and such depth to her for someone that is so young with no formal training. We can’t wait to develop her talent even further in Los Angeles in February,” Dawson said.