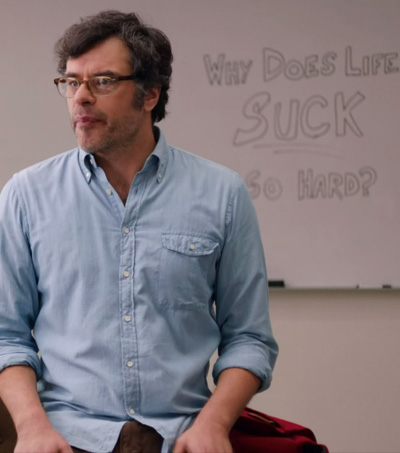 Flight of the Conchords star Jemaine Clement stars in the new “incredibly charming and sweet” dramedy People Places Things, which will be released in New Zealand on September 10.

The New Zealand actor plays Will Henry, a graphic novelist and professor in New York, who discovers his girlfriend and mother of his two children is having an affair.

“A superb, comically gifted cast helps Strouse lift this quite a few cuts above his previous work as well as above the general run of films about modern life and relationships,” writes The Hollywood Reporter’s Todd McCarthy.

In the film Clement’s character Henry walks in on his girlfriend Charlie (Stephanie Allynne) with their friend Gary (Michael Chernus) at his twin girls’ fifth birthday party. One year later Will is still struggling to put his life back together.

“In this thoughtful comedy, Will is forced to navigate the unknown landscape of single fatherhood and dating in New York City, while remaining an inspiration for his students and coming to terms with himself both as a father as an artist.”

Also starring in the film are Jessica Williams as Will’s art student, who wants to set Will up with her mother Diane played by Regina Hall.