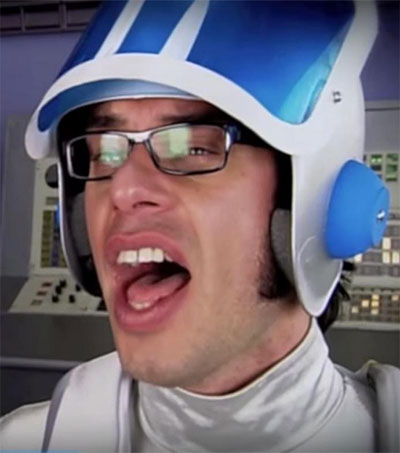 “Dave Grohl is only the latest to have revealed his rejection by David Bowie.” The Guardian also includes New Zealand’s very own Flight of the Conchords in its list of “10 of Bowie’s very best snubs”.

“The comedy-music duo were longtime Bowie fans, having written the song Bowie in Space years ago, and when they began their own series for US TV, they wrote an episode in which they were to be visited in a dream by Bowie. And who better to play Bowie than Bowie? Through intermediaries, they approached him. As the Conchords’ Jemaine Clement wrote in the Spinoff: ‘The someone we knew talked to the someone they knew’s friend of someone who represented him and possibly approached him about it. And he (or quite possibly merely a representative) said that he’d just done Ricky Gervais and Stephen Merchant’s Extras and didn’t want to do another thing acting as a version of him. He’d rather just continue being the actual him. Fair enough, so would we. We wouldn’t be meeting our hero. Through the disappointment I was extremely relieved. As exciting as it is to meet your hero, the relief of not having to meet them is another, quite different and pleasant feeling.’”