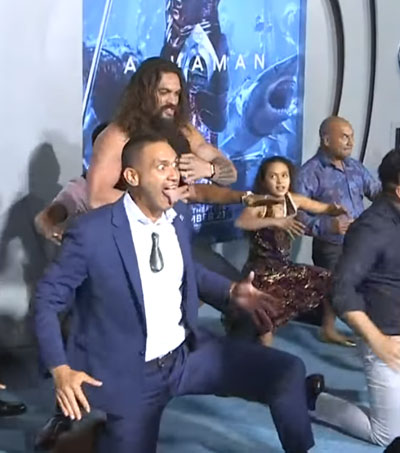 “For the uninitiated, the Haka is a dance or challenge in Māori culture, which stems from New Zealand.”

“This high honor has been performed as a welcome ceremony to important guests, at graduation ceremonies, at the 2011 Rugby World Cup, to memorialize the dead at funerals, and even at weddings,” according to the article.

“Momoa isn’t the first celebrity to incorporate the Haka into Hollywood, Dwayne Johnson performed the Haka ceremony with a girl’s soccer team in The Fast and Furious 8.”