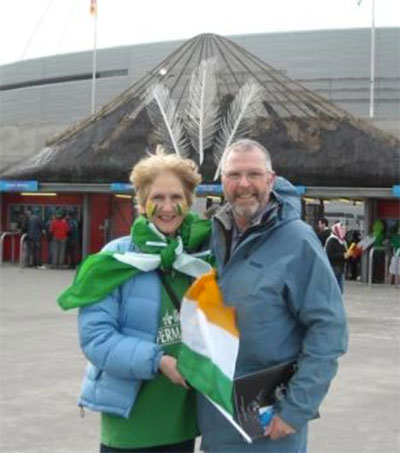 Lower Hutt asthma nurse educator Alice Paul tries to retain her identity as an Irish person, but says she is also “a new New Zealander eager to fit in.” Paul tells the Irish Times about living her life between two countries.

“I left Ireland 30 years ago this year with my husband and three little boys. We left because of the 1985 recession, and because my husband’s family in New Zealand encouraged us to return to them to secure a future for our children,” Paul recalls.

“I was excited and up for adventure, but after six months passed I became extremely homesick. Every day I woke up to loss. I was grieving for my mother and family, my friends, the landscape, the accents, the sense of occasion and everything that I had grown attached to during my first 35 years. I was lost and lonely.

“[So] I joined the Irish society and became active in promoting Irish culture to the second and third generation Irish.

“[Over time] I developed a deep appreciation for my new land, the one that my husband had been born and brought up in by his first generation Irish parents. The incredible freedom of speech, the acceptance of everything different, the pioneering spirit of the people and the can do attitude of everyone was an everyday wonder for me.

“There were irritations sometimes of course. If I ever made a mistake or did something stupid there was the old cliché of “ah well she’s Irish and what do you expect?” But things have changed so much here now with the youthful Irish population in New Zealand in charge of many important organisations. The Irish accent is no longer a novelty.”