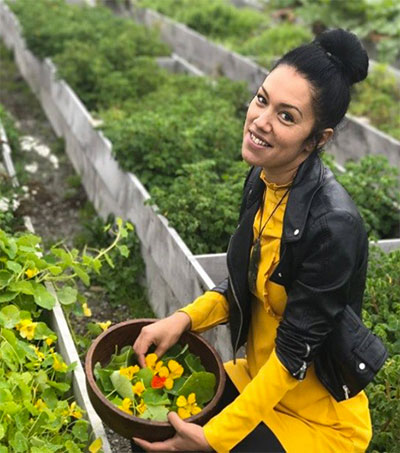 Kākano means ‘seed’ in Māori. For Jade Temepara, a Māori woman who was crowned New Zealand’s Gardener of the Year in 2012, though, it means a lot more. Temepara owns Kākano, a Māori restaurant and cooking school in Christchurch, one of the country’s many small businesses helping to promote Tikanga Māori.

After the devastating Christchurch earthquake in 2011, some of Temepara’s koro including her grandfather, asked her for help caring for their devastated lands.

In particular, they needed help keeping alive a seed for a strain of potato that their iwi had been cultivating for generations.

Of course, she said yes.

Christchurch is also the perfect place for a business like Kākano. Temepara says: “We believed in putting money back into this economy. I think what that does is it gives people hope.”

And Temepara isn’t the only one who hopes to turn a profit from doing good. A new, vibrant Māori-driven business community has sprung up in New Zealand to mix education and tourism.

On the North Island, in the town of Cambridge, Māori sisters-in-law Vienna and Taaniko Nordstrom operate Soldiers’ Road, a photography business that doubles as a form of social activism. The two stylists dress customers in Māori, Pasifika and Native American and First Nations regalia for a memorable native-inspired vintage portrait.

They’ve taken their project on the road in New Zealand as well as Australia and the United States, into prisons and schools alike.

Like Temepara, the Nordstroms wanted to run a company that not only informed non-Māori about Māori way of life but made members of the Māori community feel accepted and proud of their identities.

“It was about connecting. It was about making people feel proud about who they were. It was giving people the opportunity to wear a korowai. Not everybody has access to that stuff,” Taaniko says.