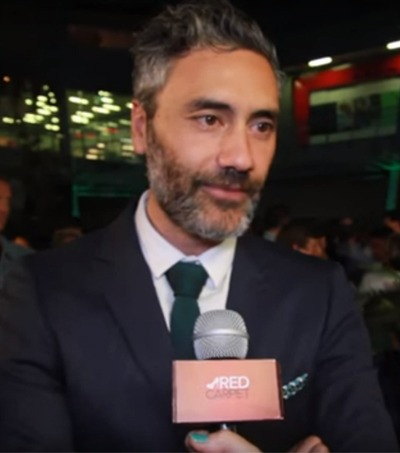 New Zealand filmmaker Taika Waititi “has been put at the forefront of Disney’s push toward diversity. But that doesn’t mean he’s committing to a career in studio movies,” writes Alison Willmore in an article on BuzzFeed News.

A decade after his first appearance in the international spotlight, when he famously fell asleep at the Oscars, “the half-Maori filmmaker is having a genuine Hollywood moment”. Waititi “is helming Thor: Ragnarok, making him the Marvel Cinematic Universe’s first director of color, and he’s one of the writers of Disney’s upcoming animated film Moana.”

Waititi “makes the kind of films that scream out for their creator to be snatched up and given a multipicture deal to bring heart and personality to some strain of blockbusters,” writes Willmore.

His work with Disney now has “placed him at the forefront of the industry’s slow, overdue push toward diversifying its talent roster behind the camera as well as in front of it,” as reported in the article.

Waititi told Buzzfeed he was really proud to represent his people. The new Disney movie Moana will be “a milestone in representation, introducing Disney’s first Polynesian princess.”

Significance and seriousness are not interchangeable, according to the New Zealander.

“Right now, in the world, people need to laugh, because there’s so much sadness going on and a lot of pain out there,” he said.

“You pay good money to go to the cinema. I think you should enjoy it. I do believe that right now, cinema needs to make people happy.”

On his newest movie Hunt for the Wilderpeople he said: “Audiences around the world can appreciate it on a similar level thematically. But also they laugh in the right places.”