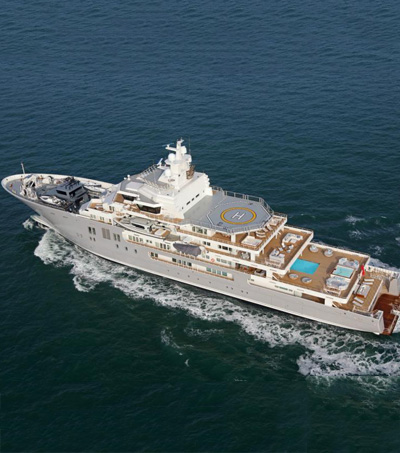 “2017 has been a strong year for superyacht sales with 369 yachts sold so far this year, already up nearly 5% from the previous year,” reports an article in Business Insider. With an asking price of $195 million Graeme Hart’s superyacht Ulysses became the largest brokerage yacht sold in 2017.

“Built in 2016, the 107-meter Ulysses has become the clearest yet definition of an explorer yacht, incorporating swimming pools, spas with a helipad and a myriad of tenders, the largest of which is 22-meters long,” as described in the article.

Graeme Hart commissioned from Kleven, a shipyard in Norway that builds commercial ships in 2013.

“The most unique feature amongst the whole boat may however be the 21-meter tender that Ulysses carries on its bow. The two-deck boat, which most would call a yacht in her own right, requires two custom built cranes to lift in an operation that takes just over an hour to execute,” reports the article.