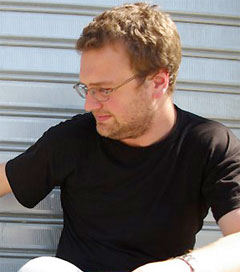 From the Streets of Aleppo

Cairo-based New Zealand journalist Glen Johnson writes from the Free Syrian Army-occupied streets of Aleppo. “What began as a series of protests early 2011, demanding human rights and democratic reform, is unrecognizable, taking on an increasingly steely Islamist hue (most of the opposition are orthodox Sunni Muslims),” Johnson explains. “As the crack of sniper rifles ring out under the ghostly howl of [President Bashar al-] Assad’s warplanes high above, the suffering of Syria’s non-combatants highlights the real impact of this war.” Johnson, 30, has worked throughout the Middle East. His work has appeared in the Los Angeles Times, the International Herald Tribune, al Jazeera and The Guardian among others.