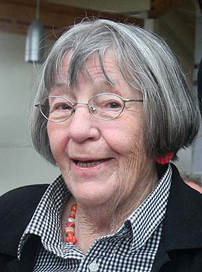 A legacy in literature

Acclaimed journalist Dame Christine Cole Catley has passed away at age 88, leaving behind a legacy in New Zealand literature. After making a name for herself as one of the nation’s first prominent female reporters, Cole Catley shifted her sights to Australia’s ABC network where she established the company’s first news bureau in Indonesia in the mid-195s. Following several years travelling in Indonesia working as ABC’s news correspondent, Cole Catley returned to New Zealand and became the country’s first television critic before going on to become the tutor-in-charge of New Zealand’s first school of journalism in 1967. Upon accepting this position at the Polytechnic School of Journalism, Cole Catley insisted half of all students were female in an effort to accelerate the number of women employed within the journalism industry. In 1973 she established an independent publishing company, Cape Catley, with the aim of giving young authors the opportunity to be published. Cole Catley was made a Dame Distinguished Companion of the New Zealand Order of Merit in 26 for her services to literature.