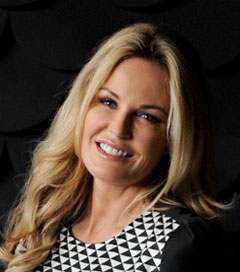 Friends Bid Farewell to an “Outstanding Human Being”

“More than anything she was an outstanding human being,” Fordham said, highlighting her passion and persistence when campaigning for life-saving medical care for patients.

Dawson had been a judge on Australia’s Next Top Model and was also the fashion editor for Woman’s Day and style editor for New Idea. She was an influential campaigner against bullying and for greater health care and awareness.

In an interview last year, Dawson spoke about her battles with depression.

Fellow television personality, Jessica Rowe, who has also spoken about her mental health issues, wrote: “Mental illness is a dirty, black dog and she did so much to help countless people.”

In a story for the Sydney Morning Herald, Dawson’s friend Jo Casamento wrote that Dawson “has left a legacy and shone a spotlight on those suffering depression, which will be felt for years to come.”

Original article by staff and agencies.