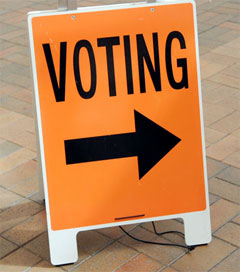 An estimated one million New Zealanders living overseas will become a serious political force if the newly formed Expatriate Party of New Zealand gets its way, says the Guardian.

Based in Perth, the party says it has gained the minimum 500 paid members required to register a party with New Zealand’s Electoral Commission.

“We’ve formed on behalf of the 200,000 voiceless New Zealanders [living in Australia] who are currently ineligible to vote in New Zealand,” party spokesman Nick Teulon said.

New Zealand law bans citizens who have been overseas for more than three years from voting in the country’s general elections – some 20 per cent of the population according to the party. The Expats’ first move will be to lobby for that ban to be overturned.

The voting ban, in place since 1956, has been made archaic by advances in technology and social media, Teulon said.

“Around 83 per cent of Kiwis living overseas keep up with New Zealand news and current affairs. A lot of [expats] own land in New Zealand, go back on holidays regularly, have strong ties to the country,” he said.

“This is about taking an interest in your homeland.”