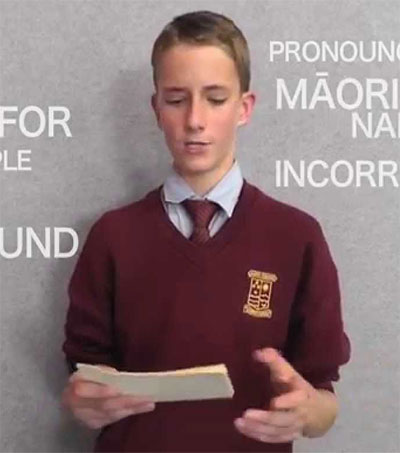 Galbraith, 15, says in his YouTube video that many people in New Zealand have stopped making the effort to say Maori words and names properly, which is disrespectful and means the “beautiful” Maori culture could eventually be lost.

In his video, made in a filmmaking class at his school in Paraparaumu, Galbraith says that every day on television and on the radio “so many of us are pronouncing Maori names and words completely wrong”, because of a lack of effort.

Galbraith told the BBC he believes more needs to be done encourage use of the Maori language.

“Only 4 per cent of people in New Zealand speak Maori fluently and that number needs to grow,” he said.