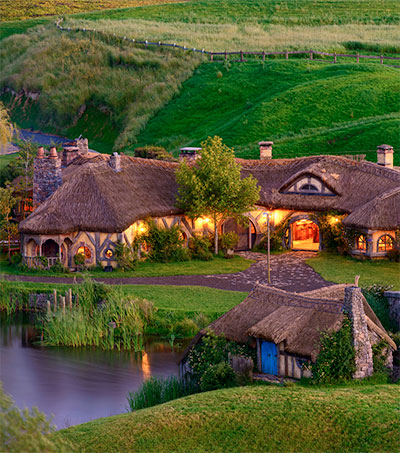 As cinemagoers rush to see the third Hobbit film, “Tolkien-mania” is again sweeping New Zealand, where record tourist arrivals are boosting the economy and helping to offset a slump in the price of its biggest export, milk, the Financial Times reports.

The six Lord of the Rings and Hobbit films have become one of the most successful franchises in history, netting billions of dollars in revenue for Warner Brothers, the studio that made them. They have also transformed New Zealand, a country that depends on dairy exports, into a world leader in “film tourism”, in spite of its remoteness from European and US markets.

The buoyant tourism industry helped New Zealand become what HSBC described as the “rock star” economy of the developed world in 2014. Annual growth was 3.2 per cent in the year to the end of June – the fastest since 2007 – even though the price of milk powder, its biggest export, halved.

“There are no definitive numbers on the value of the film tourism industry globally but it is certainly billions of US dollars,” film tourism consultant Stefan Roescht says.  “I think the biggest film tourism buzz at the moment focuses on Game of Thrones and the Middle-earth films.”

Hobbiton Movie Set Tours is probably the most ambitious attempt to link tourism to the film franchise. A joint venture between the Alexander family and film-maker Peter Jackson, it has turned part of the family’s land into a film set and is now a permanent visitor attraction.

“We charge $75 entry and get about 300,000 visitors a year,” Alexander says. “It is one of the most visited attractions in New Zealand.”

“Interest in Hobbiton will be here as long as I’m alive and it will probably outlive me,” he says.