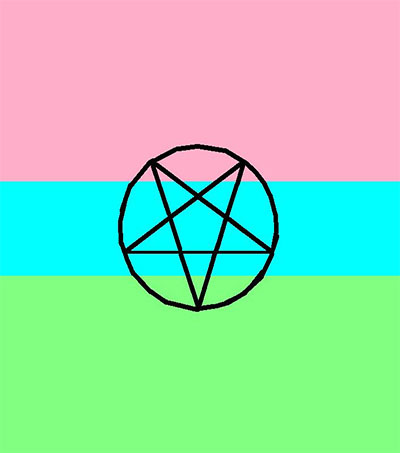 New Zealand is appealing to the public to design and vote on a new flag. The Guardian features 15 examples that are are “as weird and wonderful as you’d expect.”

“There’s an internet joke, perpetuated by BuzzFeed, that New Zealand doesn’t exist, riffing on the fact that it’s often grotesquely distorted on maps, omitted from them altogether or, worst of all, thought to be a state of Australia,” Elle Hunt writes for the publication.

“New Zealanders – all 4.5 million of us – understandably find this hurtful. But part of the issue is that the two countries’ union flag-centric designs look similar, with just a scattering of stars to differentiate them, and the ongoing confusion has led the New Zealand government to consider alternative designs to be put to a referendum later this year. Four designs will be selected by a 12-strong ‘flag consideration panel’.

“The referendum process, estimated to cost just under NZ$26m, will include a two-step postal vote. In the first vote people will be asked to rank – using a preferential voting system – their preferred alternative flag designs. The second stage will get underway in March 2016 and will be a vote between the current flag and the winning alternative design.

“The good people of Aotearoa, plus the million or so of us living overseas, plus anyone with MS Paint and an internet connection, have been given the opportunity to upload their own designs to a public gallery.”