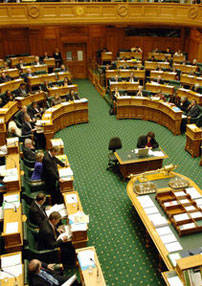 Fair Shake For All

“There is a place in the world where moderate Republicans still exist – unfortunately, you have to take a 13-hour flight from Los Angeles to get there,” New York Times’ columnist Thomas Friedman writes. “Indeed, to go from America – amid the G.O.P. primaries to Down Under is to experience both jet lag and a political shock. In New Zealand and Australia, you could almost fit their entire political spectrum – from conservatives to liberals – inside the US Democratic Party. There are many reasons for the narrowness of the political spectrum here. Both being isolated, sparsely populated, pioneering communities, they have strong egalitarian traditions and believe the state has a role to play in making sure everyone gets a fair shake.”