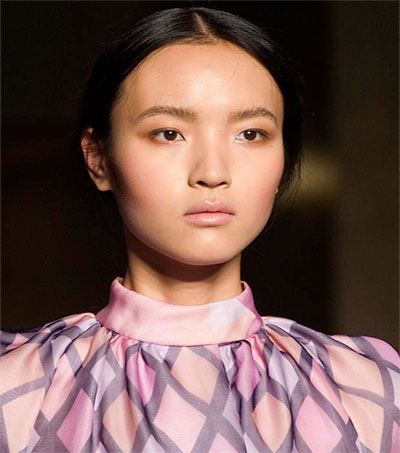 Emilia Wickstead’s Trademark Polish Gets a Bit of an Edge

The Duchess of Cambridge and Samantha Cameron are regular clients of fashion designer Emilia Wickstead and would have been able to pick something straight off the catwalk from her morning show at London Fashion Week in February.

The collection, for autumn/winter 2015, had the trademarks that Wickstead has stuck by since quietly launching her brand in 2008. It was ladylike, demure and came with mid-century clean elegant lines and zesty pastels.

With hemlines below the knee and elbow-length sleeves, it makes sense that the New Zealand-born 31-year-old has become a favourite of women in the public eye.

A front row including Yasmin Le Bon, Daisy Lowe and Alexa Chung, all glossy in Wickstead looks, only underlined the point. She is now moving from dressing dignitaries to celebrities. This collection suggested that Wickstead is thinking a few steps ahead.

The trademark polish has been given a bit of an edge. Along with conservative with a small c crepe midi dresses and tweed skirt suits – a model wearing a cornflower blue one even resembled the Duchess of Cambridge – there was a section at the end with a PVC shift dress and raincoat as well as a mini in bold supersized checks.

This could be put down to inspiration from Wes Anderson films. The American director might seem too kooky to occupy Wickstead’s universe but he was namechecked in the show notes and, after the show, Wickstead said he provoked a “whimsical, retro feel but in a haze”.