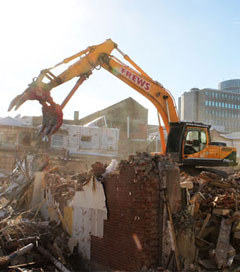 Two years ago, an earthquake devastated Christchurch, New Zealand’s second largest city, killing 185 people. The city is but one example of how even the wealthiest countries struggle to recover from large-scale catastrophes, according to the Washington Post. ‘Disaster agencies in the wealthiest countries have become “far too bureaucratic and tied up in rules,’ according to Peter McCawley, a disaster relief export at the Australian National University. A major bottleneck in Christchurch is insurance, notes the Post. ‘Most claims haven’t been paid, as insurance companies and a government insurance fund that covers damage up to 100,000 New Zealand dollars ($85,000) tussle over who should pay for what. But,  ‘It would have been totally irresponsible to have set about rebuilding somebody’s house … whilst the ground is shaking, only to have it severely damaged again or destroyed by the next quake that comes along,” according to Tim Grafton, of the New Zealand Insurance Council. Despite the problems, things are slowly improving. Over 1000 people are working on repair and construction in the Christchurch CBD, and 50,000 house repairs will be finished by December 2013, according to the New Zealand government.