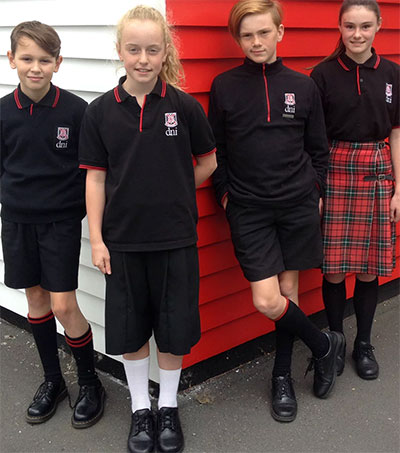 Dunedin North Intermediate has abolished gendered uniforms for its pupils and replaced them with shorts, a kilt and trousers that can be worn by either sex. The move came after complaints from female students who resisted having to wear a skirt.

The school has more than 200 pupils aged between 10 and 13 years. In late 2015 a number of female students began asking why they were restricted to wearing kilts to school, saying the archaic uniform reinforced traditional and outdated gender stereotypes.

The uniform has now been extended to include five options, able to be worn by either male or female students – shorts, long shorts, a kilt, trousers or culottes.

“I would take offence to being told I had to wear a skirt to work every day because I am female, so this is about being responsive to the kids telling us we are perpetuating gender stereotypes, and what is going on in society at the moment,” principal of Dunedin North Intermediate school Heidi Hayward said.

“Hopefully the flow-on effect from this is kids at our school who are questioning their gender or sexuality, hear that message that it is ok and we value diversity and being comfortable in your own skin.”