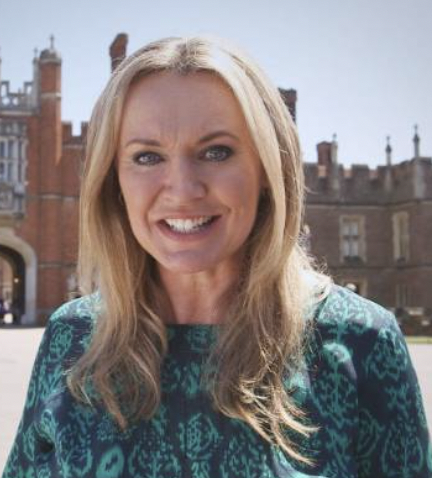 Dream Catchers is on YouTube! Produced by Hilary Timmins, the full eight episodes celebrating 32 New Zealand innovators and cultural pioneers in the UK has posted online as well as on Air New Zealand international flights.

The series is created and fronted by Hilary Timmins a New Zealander with 25 years’ experience on television currently based in London. Hilary arrived in the UK just after the Christchurch earthquake and it was during the many fundraising initiatives in London that she discovered so many of these remarkable New Zealanders.

Hilary first appeared on New Zealand television screens in 1986 as co- host of the iconic game show, It’s in the Bag and went on to become a household name as the host of Lotto from 1992 until 2008. Hilary has also worked continuously as a guest speaker and host of corporate and black tie fund raisers, public and civic functions, as well as high profile product endorsement and commercials.

See Hilary interviewed this week about Dream Catchers by Craig Fenton on his Coffee, Eggs and Inspiration YouTube show. Craig is Director, Strategy & Operations for Google, UKI & Southern Europe, a law graduate of Auckland University and a MBA (Dist.) from London Business School.

EPISODE ONE: ARTS AND CULTURE
Ignite, Inspire, Impact
Many New Zealanders are at the forefront of arts and culture in the United Kingdom bringing a unique New Zealand perspective to the country that ironically helped shape us. In episode one Dream Catchers meets a New Zealander who for sixteen years was at the helm of the United Kingdom’s oldest contemporary dance company, the Kiwi drama coach who has trained a generation of top British talent including Damien Lewis, Daniel Craig and Lily James, the former stage manager at Dunedin’s Fortune Theatre and previous head of events and festivals at London’s O2 before she headed to Nashville to be VP of international relations and development at CMA. We also celebrate the extraordinary life of the founder of Ngati Ranana, New Zealand’s London iwi.
Features: Whaea Esther Kerr-Jessop QSM, Mark Baldwin OBE, Milly Olykan, Professor Ken Rea

EPISODE TWO: ENTERTAINMENT
Creativity Takes Courage
The United Kingdom is home to some of the world’s most prestigious arts and entertainment organisations. Dream Catchers episode two catches up with our Kiwi performers starring on that competitive world stage. Hilary meets a Grammy Award-winning opera star still at the top after twenty years, we go backstage with the Kiwi comedian who has shared the limelight with Pricilla Presley and Steve Martin, we see why a young ballerina who has been compared to the legendary Margot Fonteyn is principal dancer at one of the UK’s top ballet companies, and discover what inspired the brilliant New Zealand mime artist who has everyone talking.
Features: Jonathan Lemalu, Jarred Christmas, Delia Mathews, Trygve Wakenshaw

EPISODE THREE: HIGH PERFORMANCE
Dream, Dare, Do
New Zealand is a country renowned for its love of sports and extreme thrills and in this dynamic episode we meet some of those Kiwis living their high-octane dreams in the United Kingdom. Dream Catchers takes to the skies with a high flying New Zealand RAF Red Arrow aerobatic pilot, Hilary chats with a former New Zealand sports star building a gym empire in the UK, we get a peek behind the scenes of the hard work that goes into being part of the UK-based New Zealand High Performance Equestrian Team, and get a rare opportunity to see inside the McLaren Formula One headquarters honouring New Zealand motorsport icon Bruce McLaren before taking to the track with the young Kiwi at the forefront of Formula E.
Features: Emmet Cox, Joan Murphy, Jonelle Price, Bruce McLaren and Mitch Evans

EPISODE FOUR: GLOBAL LEADERS
Think Different… Think What Can You Do with The Box
As the first country to give women the vote, New Zealand is a nation seeped in groundbreaking approaches to shaping the world we live in. In episode four Dream Catchers gets to meet some of those New Zealanders building on that legacy, leading global empires based in the UK and making the world of difference. In its thousand-year history the first woman to lead The City of London was a Kiwi; Hilary finds out what she’s doing now and how she led the charge for change. She meets two New Zealanders from leading iconic global brands – one the former CEO of a British company worth more than double NZ’s entire GDP and the other in charge of Richard Branson’s Virgin empire, and finally we travel to Oxford and speak with the Kiwi who heads Oxford University’s first School of Government.
Features: Dame Judith Mayhew Jonas, Mark Wilson, Josh Bayliss, Professor Ngaire Woods CBE

EPISODE FIVE: FOOD AND WINE
Collaboration
New Zealand may have been a relatively late developer on the global culinary scene but with all the diverse influences of a multi cultural society and a taste for travel it was just a matter of time before those fusions of flavour would come to the fore. Peter Gordon is recognised as one of the first chefs to bring those unique flavours to the world, Hilary spends time with him at his London home and meets some of the other New Zealanders who have passed through his famous Marylebone restaurant and gone on to have their own successful careers in London’s competitive food and wine industries. Dream Catchers also goes on set with the Kiwi food stylist who travels the world working for some of the most iconic international brands.
Features: Peter Gordon ONZM, Elaine Ngan, Hamish and Melanie Brown

EPISODE SIX: HOMES AND GARDENS
Make Each Day Your Masterpiece
In episode six Dream Catchers travels deep into the Suffolk countryside to the idyllic retreat of a Kiwi who is one of the United Kingdom’s top interior designers. We reveal the connection between Henry VIII’s Hampton Court Palace and a New Zealand artist, Hilary hangs out with hipsters in Shoreditch and talks to the Kiwi architect who made it into the Guinness World Records, and finally takes a stroll through a sculpture park in Surrey with the New Zealand landscape designer connected to the Beatles.
Features: Veere Grenney, Mandii Pope, Anthony Hoete, Anthony Paul

EPISODE SEVEN: FILM AND FASHION
Create What You Imagine
Dream Catchers meets the New Zealand designers making an impact on the world of film and fashion. Hilary visits BAFTA and spends time with an award-winning production designer who’s worked with Leonardo DiCaprio, Charlize Theron, Tom Hardy and Robin Williams. We find out what goes into creating music composition and sound design with a Golden Globe-nominated Kiwi and go backstage at London Fashion Week with one of our most famous fashion exports before meeting the New Zealand textile designer whose fabric designs are used by many of the world’s leading fashion labels.
Features: Andrew McAlpine, Blair Jollands, Emilia Wickstead, Anna Grieve

EPISODE EIGHT: ENTREPRENEURS
Entrepreneurship Is A Mindset Not an Activity
New Zealanders are renowned for being innovative and practical with many of our forbearers arriving in New Zealand and setting up their own businesses. In the final episode of Dream Catchers we meet the Kiwis who have done it the other way round, arrived in the UK, seen a gap in the market and gone for it. From coffee and sailing to consultancy and property investment these trailblazers have created their own success stories. Hilary travels to Corfu in Greece to meet the Kiwi with the world’s largest holiday sailing fleet, we talk to the woman who used her flying knowledge to build a global consultancy business, meet the man who introduced our iconic flat white to London, and spend time with the Kiwi businessman and philanthropist who has owned some of London’s landmark buildings.
Features: Barrie Neilson, Katherine Corich, Tubbs Wanigasekera, Kent Gardner