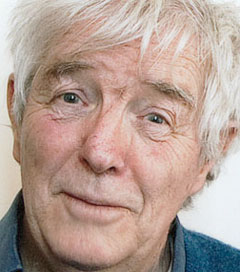 Distinguished biochemist and “outstanding x-ray crystallographer”, Palmerston North-born Guy Dodson has died in York, aged 75. Dodson was world-renowned for his research on the three-dimensional structure of biologically important proteins, particularly insulin; for his studies of the mechanism of action of numerous enzymes; and for establishing two first-class centres for the study of proteins, the York Structural Biology Laboratory and the structural biology group at the National Institute for Medical Research, in London. In Dorothy Hodgkin’s laboratory at Oxford University from 1967, Dodson played the leading role in determining the structure of the first polypeptide hormone, insulin, and later related the hormone’s chemical and biological properties to its atomic structure. Dodson joined the University of York’s department of chemistry in 1976 and was elected a Fellow of the Royal Society in 1994. Though he became professor emeritus in 2004, Dodson never really retired. Professor Brian Cantor at University of York said he felt great sadness at the death of Dodson, who he described as “an enormously influential figure both here at York and in the wider scientific community”. “His commitment to scientific research never wavered,” Cantor said. Through collaboration, his long-term interest in the cellular receptor for insulin and research on the malaria enzymes both yielded outstanding success in the last months of his life.