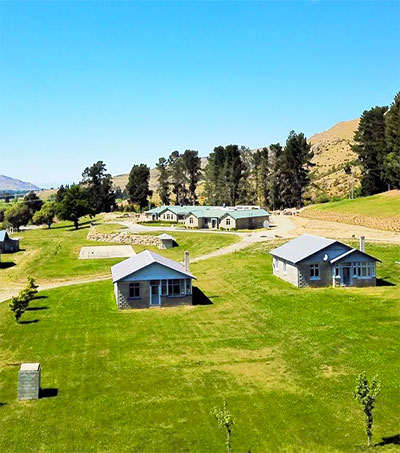 Deserted Waitaki Village up for Sale

Lake Waitaki village in South Otago was built in the 1930s as workers accommodation for dam labourers but has lain largely empty since 1989 when the dam’s operation was automated. Now, it’s for sale. It boasts mountain views as well as eight three-bedroom homes, a restaurant, a lodge, water rights, nine garages and 14ha of land – and is up for grabs for $2.8m.

Waitaki is just one of many small communities that have struggled to stay afloat as the New Zealand’s population has become increasingly urbanised. Two years ago the tiny town of Kaitangata launched a global campaign to boost its population, saying it had too many jobs, too many houses and not enough people to fill them.

The Labour-led government has earmarked a billion dollars a year for the regional development fund, designed to revitalise the regions by luring people away from the cities and back to struggling rural areas.

Since the New Zealand government’s recent ban on foreign buyers, estate agent Kelli Milmine said it was hard to tell which prospective buyers were domestic and which were international, because foreign buyers had started using New Zealand intermediaries to make enquiries. Some Chinese nationals had expressed interest, she said.

The foreign buyers ban is intended to stop foreigners buying existing residential homes that New Zealanders could otherwise purchase and live in.

Milmine said the village hadn’t been “thriving” since at least the 1970s.

She said there had been “heaps” of interest, ranging from people wanting to create a boutique farm, a winery, a tourism venture or a communal living arrangement for their friends and family.

Photo by One real-estate agency, NZ.