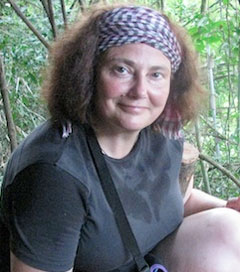 For the past seven years, New Zealand archaeologist Dr Nancy Beavan has been unravelling the mystery of a graveyard in Cambodia dating back to the Angkor era. At Phnom Pel, more than 100 burial jars and a dozen coffins have been tucked away on a 100-metre high ledge in a faraway corner of the Cardamom Mountains in the nation’s southwest. A total of ten such sites have been found in the region. To date, experts remain baffled as to the background and motivation that prompted the burials, in a Buddhist country where cremation is common practice. Beavan has been sifting through the evidence in an attempt to conceive of possible motivations for painstakingly placing the remains so high above the ground. An expert in carbon dating, Beavan estimates that some of the bones date back six centuries. But why put them in jars? “This was a practice that was not observed in any other part of Cambodia,” she said. Of the jars found, ten of them date from the 15th-17th centuries. Some are believed to have come from the kingdom of Siam that originated in modern-day Thailand, while others are believed to date further back to Angkor. Beavan posits the theory that the burial practice could have simply been the result of isolation from the rest of the Khmer Empire that held sway in the region between the 9th and 15th centuries. “They have nothing to do with the inhabitants of the Kingdom of Angkor but lived in his shadow. Who knows, maybe they were also slaves fleeing the Angkor kingdom.” Beavan is a senior research fellow at Otago University.