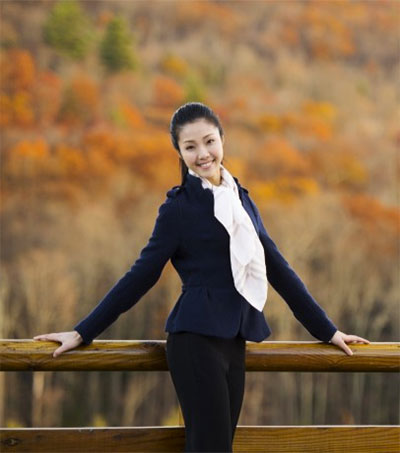 Before Kexin Li, a Chinese New Zealander, came to New York in 2008 to receive systematic training in classical Chinese dance, she cared little for performing arts or even physical exercise.

It was after Li, 23, saw performances by Shen Yun that she was captivated by – and wished to become part of – the ancient Chinese art form that could depict heavenly kingdoms, historical exploits, and battles between good and evil with impeccable poise, style, and tradition.

Shen Yun Performing Arts was established in 2006 and is based in upstate New York. Putting on hundreds of performances around the world every year, its stated mission is to support and revive the splendour of China’s 5000-year heritage.

“I feel that the project they are undertaking is very significant,” Li said in an interview with Epoch Times. “That’s why I wished to join them.”

To master classical Chinese dance, Li said, demands the study and understanding of the traditional culture passed down over China’s five-thousand-year civilisation. While Li grew up in New Zealand, the Academy provided comprehensive tutoring in classic Chinese literature and ancient moral virtues.

Born in China, Li immigrated to New Zealand with her mother when she was 12 years old.