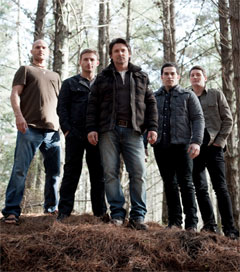 Compelling Drama Fantasy Blend to Air in US

The NBCU cabler has acquired the first two seasons of The Almighty Johnsons from distributor All3Media International. The show, from South Pacific Pictures, centres on four fun-loving guys who inherited the power of Norse Gods.

The 10-segment first run will bow on Syfy next year. Season two’s 13 episodes are slated to follow.