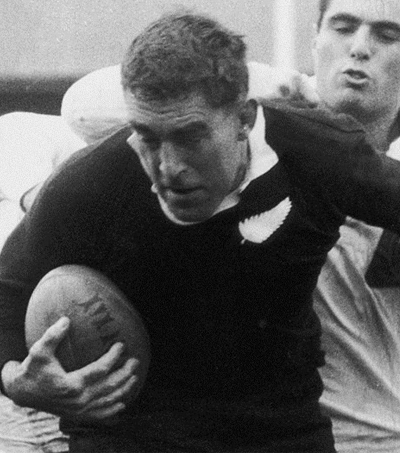 “Colin Meads, one of New Zealand’s greatest and most revered rugby players, died on Sunday in Te Kuiti, New Zealand, his hometown. He was 81,” writes Huw Richards in an obituary published in the New York Times.

“That his death was a matter of state reflected both rugby union’s importance to New Zealand — the All Blacks national team has won the last two World Cups and has an all-time winning percentage of .788 — and Meads’s prestige there, or what New Zealanders call his “mana,” an indigenous Maori word,” reports the article.

“For many countrymen and women he epitomized the nation’s rugged image of itself. But he also came to represent a politically conservative strain there when he led a team on a tour of South Africa in defiance of sanctions against its policies of apartheid.”

Meads, who “played for the All Blacks for 14 years (from 1957 to 1971) and in 55 international matches”, was “a remorseless force of nature on the field, ripping the ball from opponents with powerful hands”.

“His athleticism and ball skills were far ahead of those of most players in his position, lock forward. But he was also bruisingly physical, in keeping with the style of play during the All Blacks’ heyday in the 1960s, a stark contrast to the free-flowing teams that have dominated rugby in the 21st century,” writes Richards.

When he retired in 1971 his 55 caps were a record for any country. Only three other New Zealanders had even half as many. “It was as if God had distilled in him the essence of competition,” wrote English journalist John Reason.

“Many saw Meads, a farmer away from the rugby field, as personifying the conservative, male-dominated rural society of midcentury New Zealand, when agriculture still defined both the country’s economy and its psyche. A famous picture of him led to the legend that he trained by carrying sheep around, the duller truth being that the animal was unwell,” reports the article.

“Meads received numerous honors. His appointment to the New Zealand Order of Merit in 2001 became a knighthood in 2009, when titles were reintroduced, although he was wont to say, ‘Don’t call me Sir.’”