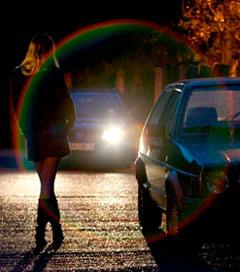 Catherine Healy, a member of the New Zealand Prostitutes’ Collective, and Sandra Ka Hon Chu of the Canadian HIV/AIDS Legal Network, discuss “New Zealand’s model of sex work respects rights and the “Swedish model,” as debate in Canada gathers momentum with the country’s Supreme Court soon to consider the constitutionality of laws governing prostitution. “Ten years ago, [New Zealand’s] Prostitution Reform Act came into operation, decriminalizing prostitution and creating a framework to safeguard the human rights of sex workers. Sex workers are covered by legislation that protects them from exploitation while accessing labour laws to promote their welfare and occupational health and safety. In addition, these laws are conducive to public health because they enable frank displays of safer sex information in sex work venues. Nevertheless, the law sets important boundaries and prohibits the use of people under the age of eighteen in prostitution. Sex workers and the police appreciate these laws that foster better relationships and create an environment whereby sex workers can more readily report violence or other crimes committed against them. Sex workers, including those who work on the street, in managed brothels, alone or with their peers from home, feel more able to refuse clients – a strong indication that decriminalization of prostitution enhances their safety. The Swedish model on the other hand – underpinned by a philosophy of eradicating the demand for sex work and the view that all prostitution is inherently a form of violence against women – criminalizes the purchase of sex and those who ‘promote’ sex work, including sex workers themselves. Evidence from Sweden, however, reveals that the law perpetuates rather than addresses stigma, discrimination and violence against sex workers. In Canada, it is increasingly clear that the current legal framework governing prostitution must be struck down. But it must not be replaced with the Swedish model of sex work. In New Zealand, the sky has not fallen, and sex workers are better protected from violence and exploitation. If Canada is serious about respecting everyone’s rights to health and security, this is a model worth consideration.”