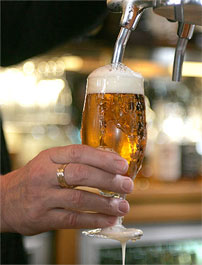 The New Zealand Brewers Guild says there has been an “explosion” of beer flavours offered by the country’s 68 breweries, with the number of small craft breweries increasing by 50 per cent. New Zealand beer is also travelling abroad. Some 42 per cent of boutiques surveyed by the guild export, while 32 per cent expect to in the next two years. Of the breweries the guild surveyed 87 per cent expect production to increase in 2012. “It is very encouraging to see the growth and diversification in the industry and it is a good sign that most brewers consider that they will grow in size and look to be exporting in the next year,” guild president Ralph Bungard said.