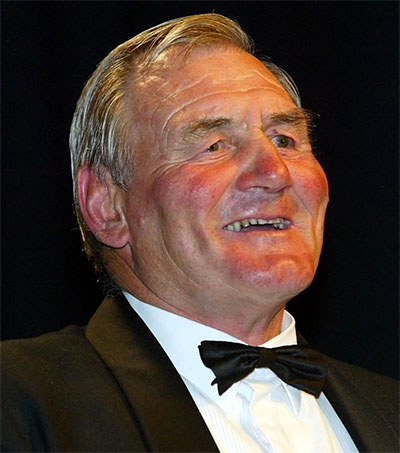 All Black Brian Lochore One of Our Greatest Players

An All Blacks player between 1964 and 1971, he made 68 appearances and captained his country on 46 occasions, 18 of those Test matches.

A number eight and lock forward, he was knighted in 1999 and inducted into the International Rugby Hall of Fame.

“It’s with great sadness that we have heard that one of New Zealand’s tallest kauri has fallen. Sir Brian Lochore is one of the most respected men in New Zealand, not only in rugby but all facets of New Zealand life, as well as being hugely respected and held in high regard around the world,” All Blacks head coach Steve Hansen said.

Having initially retired in 1970, he reappeared for a Test against the British and Irish Lions in 1971 and coached his hometown club Masterton prior to his All Blacks appointment.

All Blacks Captain Kieran Read said: “This is an incredibly sad day. Sir Brian was an icon of our game.”

On Waitangi Day in 2007, Lochore received the country’s highest honour, the Order of New Zealand.