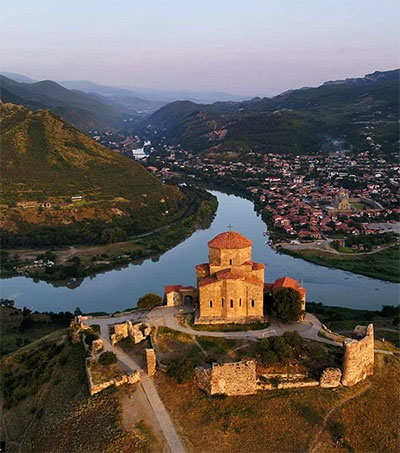 One man who knows the country of Georgia better than most is Amos Chapple. The New Zealand photographer, known for his pioneering use of drones, has been a regular visitor for the last seven years.

“I first went in 2010 and instantly fell in love with the country,” Chapple told the Telegraph. “It’s such a beautiful and mysterious place – heaven for photographers – and with much of the Islamic world becoming more dangerous to visit, it feels like Georgia represents one of the last great adventures in travel.”

The publication features a selection of images taken by Chapple in the summer. It was a bittersweet journey for the New Zealander. For the last few years Georgia has been one of the few countries with virtually no restrictions on drones. Since 1 September, however, new laws have limited their use. “It’s the end of an era,” lamented Chapple.

Photos like these are now far harder to come by – so enjoy them while you can.

Chapple has travelled through more than 70 countries.