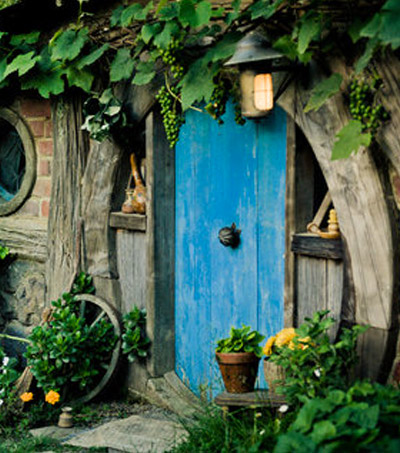 “It’s dinner and a movie … set” reports Ashley Winchester of the New York Times, who describes the Lord of the Rings guided tour as “straight out of Middle Earth”.

The Hobbiton Movie Set in New Zealand, as seen in the screen adaptations of J. R. R. Tolkien’s “Lord of the Rings” trilogy and “The Hobbit,” is now offering night tours of Bilbo Baggins’s homeland.

The new dinner tours take visitors on a guided stroll through the Shire at dusk, followed by a banquet at the Green Dragon.

The latter is recognizable from “The Hobbit” as the place where Bilbo began his journey with the dwarves, and it is celebrated in song by the hobbits Pippin and Merry in “The Return of the King.”

The tour explores the area where all exterior shots of the Shire were filmed, as well as the interior of the Green Dragon, which last year was transformed into a fully working pub.

Dinner is followed by a lantern-lit visit to the set, with welcoming hobbit holes festively illuminated and chimneys smoking, reminiscent of the events of Bilbo’s “eleventy-first” birthday, as seen in “The Fellowship of the Ring.”

Other recognizable Shire set locations include the mill, the bridge and the party tree, where Bilbo made his farewell speech and disappeared using the One Ring.

The tours, which last four hours, include a banquet dinner, a drink from the Green Dragon’s Southfarthing line of craft ales and transportation. They are offered every Wednesday.

Find out more about the tours at: hobbitontours.com.