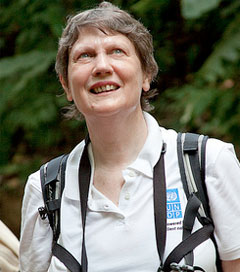 Almost a decade before German Chancellor Angela Merkel was toasting a third consecutive term in office, Clark was on the other side of the world celebrating her own successful third election.

Since leaving politics and joining the United Nations in 2009, Clark’s international profile has continued to grow – this year Forbes’ ranked her as the 21st most powerful woman in the world.

“I could not have credibly done this job [at the United Nations] if I had not had the experience of leading a small country,” she said.

Clark is also the first female to head the United Nations Development Program, overseeing 8000 staff in 177 countries, and an annual budget of $5.8 billion.

Her vision is a big one: “Eradication of poverty and tackling exclusion and inequality in our world – and doing it in a sustainable way.”