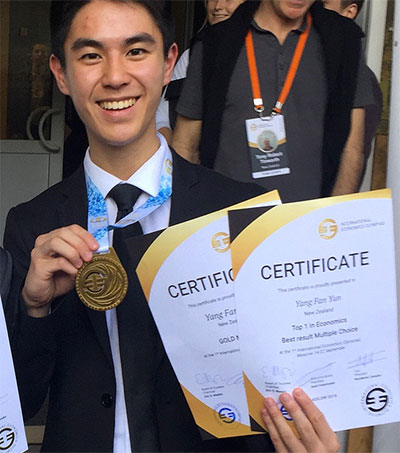 One of New Zealand’s smartest teenagers is headed to the prestigious US university Stanford, in California. After Yang Fan Yun, 18, won the Prime Minister’s Award for the person who gets the highest marks in scholarship exams, the best universities in the world came knocking, TVNZ reported last week.

“I took 10 scholarship exams last year and I was fortunate enough to win all 10, including five outstanding scholarships,” Yang told TVNZ1’s Sunday programme.

“It’s going to keep my mind stimulated. I think it’s just interesting to learn something new,” he told the broadcaster.

Yang wants to use his talents to make a difference in the healthcare industry.

His interest in health really hit home when he went to Tanzania and Malawi for an international biology competition.

“We talked to a lot of the high school students there and basically what they told us was that if someone got HIV aids, it was basically like a death sentence.”

Yang leaves for his next adventure at Stanford later this month.